Who are Pirates? What is the spirit of piracy? Are we like the “yarghhh, parrot-on-shoulder” Pirates? Are we internet ne’er-do-wells who want to stream for free? To answer your questions: yes.

The revolutionary, egalitarian, libertarian and fully democratic systems on their ships. The idea that the fruits of your labor belonged to those who worked for it. The idea of having a trusted leader democratically chosen and replaceable just as easily. The spirit of democracy and unity in the face of tyranny with the Edelweiss Pirates in Nazi Germany. Trying to live in an free and open culture, a democratic and egalitarian one, has always been a Pirate thing. That is the spirit of piracy. The name “Pirate”, and all the history and imagery included in that, is something we will not back away from. It is one we shall embrace with open arms. We are Pirates.

Although founded in Sweden as a relatively single issue party, on the basis of patent and copyright reform, it was not without the embracing of the spirit of piracy. Pirate Parties across the world have stood as representatives of the common folk. We believe in evidence based policies, abandoning the left-right political scale in favor of policies that benefit the working class and common man, not the richest citizens and interests of corporations. Truly, Pirate Parties are a representation of the “for the people, by the people” idea. We are not politicians, but working people. Some work 9-5s and some are doctors. Some work in the tech field, some in the food business and some on construction sites. Some Pirates have small businesses and some Pirates are entrepreneurs. Pirates are, and stand to represent, everyday people.

We strive for an open and free culture. We cannot have a free and open culture without a free and open society. We, as Pirates, believe that is the most egalitarian and libertarian society. It’s about time DC had someone representing the everyday person, and that’s what the ILPP hopes to achieve.

Pirate Parties are the party of the internet. Pirates often unify together on common issues, standing true to our core values on privacy, patent/copyright reform, and human first decision making. But without the internet, the Pirate Party would not exist. In the 21st century, nothing is perhaps more important than ensuring the internet, the world’s most valuable tool for information and communication, remains free and open. It is the modern day Library of Alexandria or Baghdad House of Wisdom. All the information the internet has to offer must be free and available.

Our meetings are the first and third Wednesdays of the month, with local branches meeting on the second and fourth Wednesdays. Meetings take place via IRC using the channel #ilpp. Jitsi will be used for the IL Pirate Conference and may also be used for meetings and casual meetups. Discord being the primary communication source for IL and US Pirates. In-Person meetings may be organized at the local level. 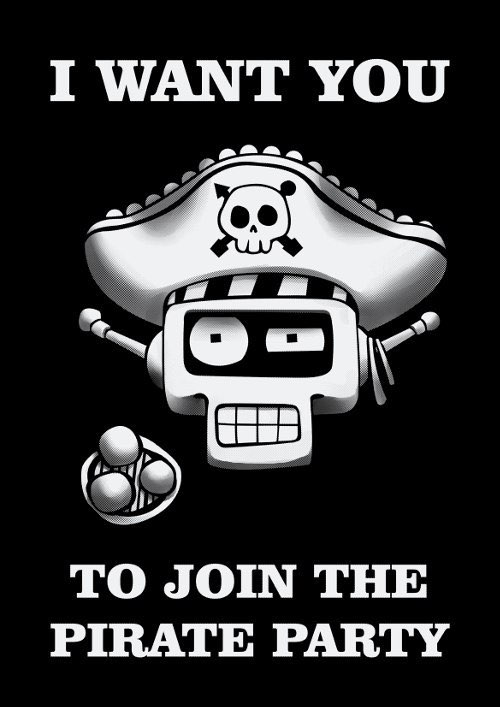